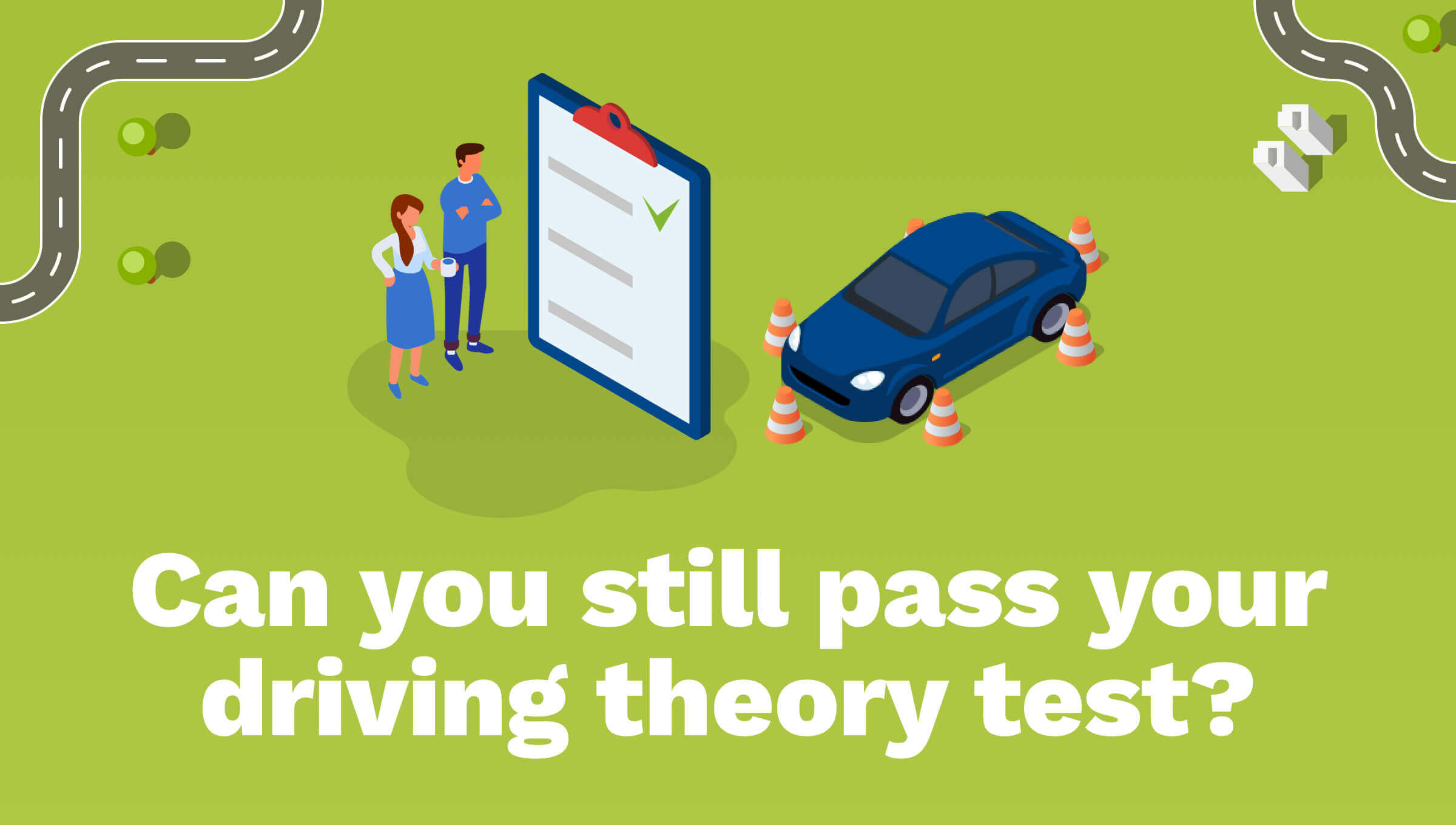 Could You Still Pass Your Driving Theory Test?

The dreaded driving theory test could be the only thing standing between you and the road. With so many road signs, markings and rules to remember, it can be pretty overwhelming in the lead up to your test. But, while we put a lot of time and effort into studying for our theory test, how much of that information do we retain when we finally start driving?


While it may seem logical to think that if you passed your test recently, you will perform better in a resit of the theory test. Well, the results may surprise you. Not only that, but we may finally be able to put to rest the age-old question: do men know the rules of the road better than women?

We wanted to see who could still pass their theory test so we created a quiz to find out, and the results are in. Let's start at the top.

It makes perfect sense to assume that young drivers with young brains, and the theory test fresh in their memories, should perform best in the test. However, it seems that as soon as they make it behind the wheel, everything they have learnt goes out of the window. 17-29-year-olds were the worst-performing age group in the theory test, despite the fact that they had, in most cases, passed their test more recently. Male drivers also out-performed females quite significantly, with 55% passing compared to just 17% of females who passed. That doesn't, however, mean that the term 'boy racer' is redundant though. Just because you know the theory, it doesn't always mean it's put into practice on the road. Overall, only 40% of candidates in this category managed to secure a pass.

Following a similar trend to the younger group, males in the 30-44 category also outperformed females. They had a 53% pass rate with females close behind with a 47% pass rate. There was a significant overall improvement compared to the younger group with results revealing that 52% of people in this category secured a pass. Most members of this group had been driving for over 15 years so maybe knowledge does get better with age.

Just like the younger categories, males also had a higher pass rate than females in the 45-59 category. 67% of males passed the theory test with 53% of females also securing a pass. Not only that, but we can also see an overall improvement in the pass rate as age increases. 64% 45-59-year-olds were able to pass the theory test, continuing the trend of pass rate improving with age and experience, with most people in this category having 30+ years of driving experience.

Despite many people being of the opinion that we should have to retake our driving test after reaching a certain age, over 60s were the best performing group in the driving theory test. 67% of participants over 60 passed the theory test and, for the first time, females outperformed males. 80% of females were able to pass the test along with 67% of males who also secured a pass. This means that over 60's are the best performing group overall, suggesting that 30+ years of driving experience imprints the rules of the road firmly in your brain.

How long you have been driving for?

It turns out, when it comes to passing your driving theory test, that you really do get better with age. We found that those who have been driving for longer than 15 years are more likely to pass their theory test, with people who have been driving for more than 30 years having the highest success rate. There were consistent improvements as age increased and perhaps the most significant difference in the entire set of results is between those with less than 2 years of driving experience and those with over 30 years of driving experience. Those who had only been driving for 2 years had a 12.5% pass rate while those with over 30 years experience had a 71% pass rate.

Overall, males performed better than females on the driving theory quiz, with a 61% pass rate, compared to 45% of women who passed. Not only that, but it appears that the older you get and the more experience you have on the road, the more likely you are to pass your theory test again. So, it turns out that it doesn't matter how recently you have been studying for your theory test, that knowledge seems to go straight out the window while you get to grips on the road. However, it seems that as you get more experience on the road, your knowledge of driving theory improves with time.

We hope you are all ready and set for some towing this Bank Holiday weekend, if there is anything you still need be sure to get the most out of our next day delivery and get your orders in on or before 2:30pm on Thursday 23rd May!