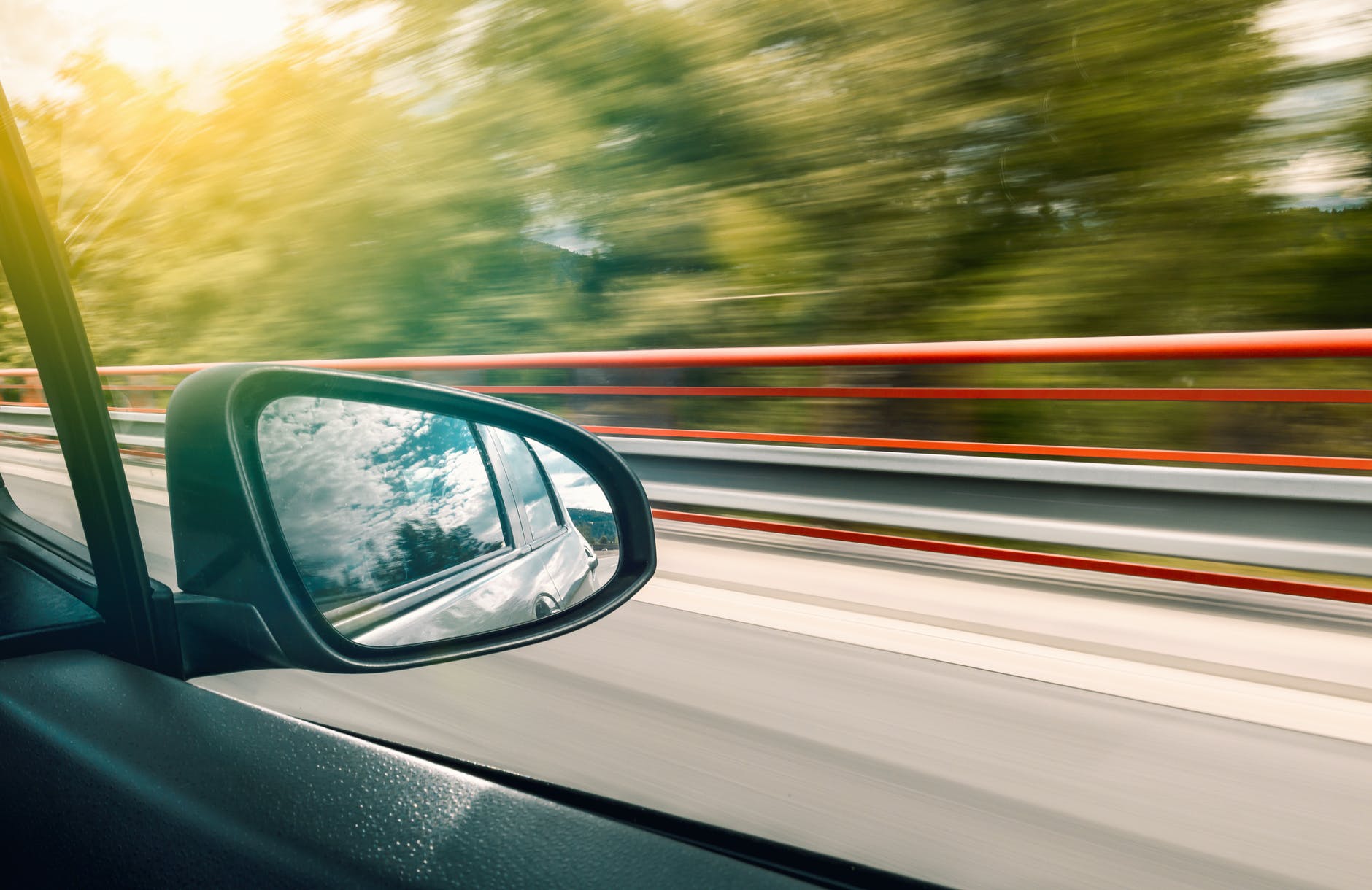 We have been comparing the latest road safety statistics from 2019, to find out which areas of England are prone to road traffic accidents, which type of road sees the most incidents and which gender appears to be the better driver...

Top 10 Most Dangerous Areas to Drive

By analysing the number of road accidents in each police force area across England, we can reveal the most dangerous to drive in. 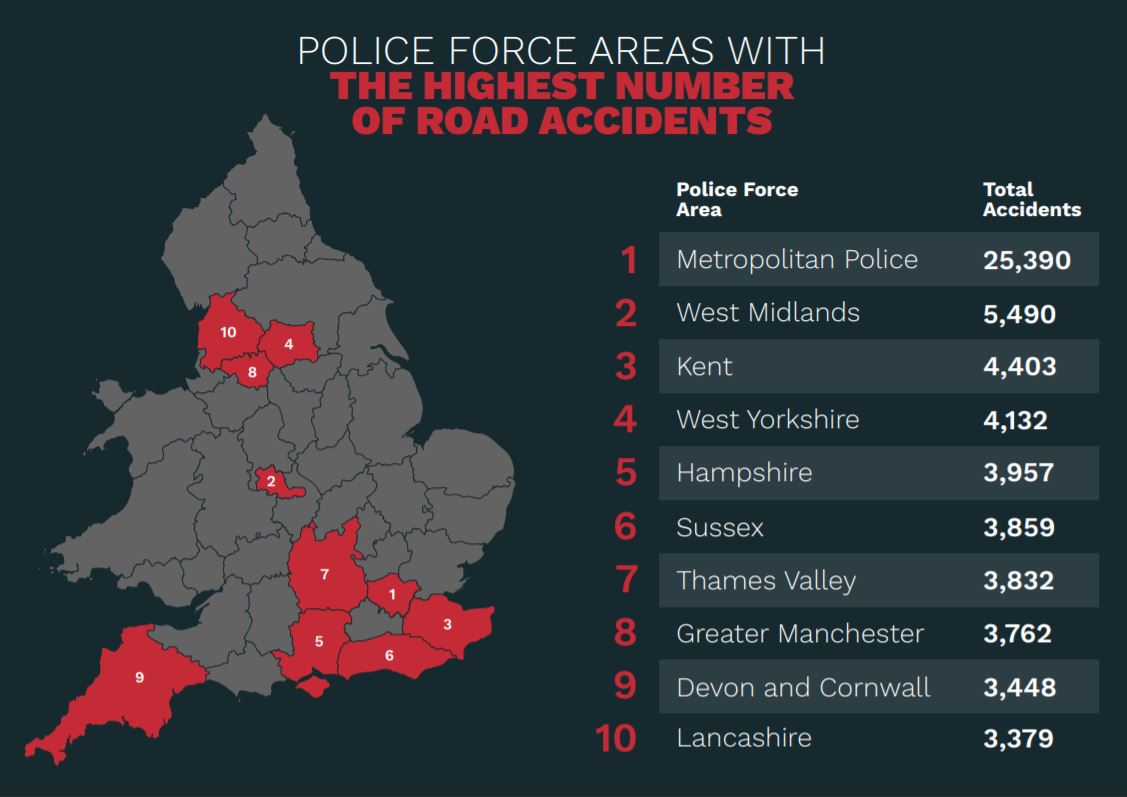 So, what about the other end of the scale? Which areas of England have the least number of road accidents? Well, according to the figures, the City of London, Cleveland and Gloucestershire had the fewest accidents on their roads.

It may sound all doom and gloom, but the good news is that despite thousands of road accidents being recorded, only a small proportion of them proved fatal.

Take a look at the table below to find out the top 10 areas with the highest number of fatalities.

How do other areas fare if we compare percentages?

While Gloucestershire recorded fewer overall accidents, it had the highest percentage of fatal incidents, followed by West Mercia and Derbyshire. On the opposite end of the scale is Dorset, with no fatalities recorded. This is followed by the City of London, where just 0.37% of accidents were fatal.

The Most Dangerous Speed Limit

Driving in areas that have higher speed limits doesn't necessarily increase the risk of having an accident. In fact, nearly 61% of accidents occurred when drivers were travelling between 21- 30mph. This is probably due to the fact that there are more 30mph zones than any other speed limit. The level of risk in 30mph zones is also increased due to the number of hazards; pedestrians, traffic lights, roundabouts, they all cause lapses in concentration.

Interestingly, despite the 70mph speed limit, motorways account for just 3.7% of road accidents in England. 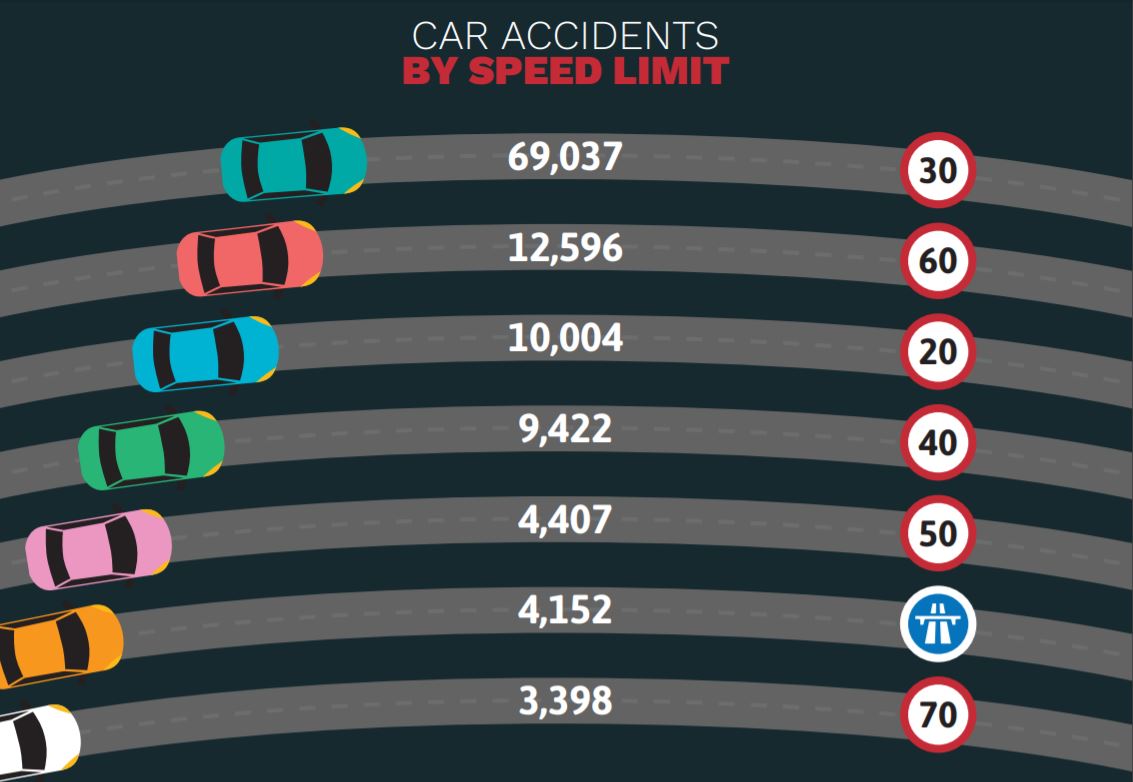 Which Type of Roads Are the Most Dangerous

Road accidents that occurred on dual carriageways accounted for 16.3% of the recorded figure, with 305 fatalities overall.

The Most Dangerous Junctions

Although 46,901 road accidents happened on stretches of road, rather than at a junction, it's clear that when it comes to junction types, road users struggle with certain ones more than others. 33,305 road accidents were reported to have happened at T or staggered junctions in 2019, accounting for over half of the overall figure. Of those 33,305 road incidents, 294 proved fatal. Crossroads also emerged as a junction type that saw more road accidents, with 10,659, or, 16.5% of recorded incidents. 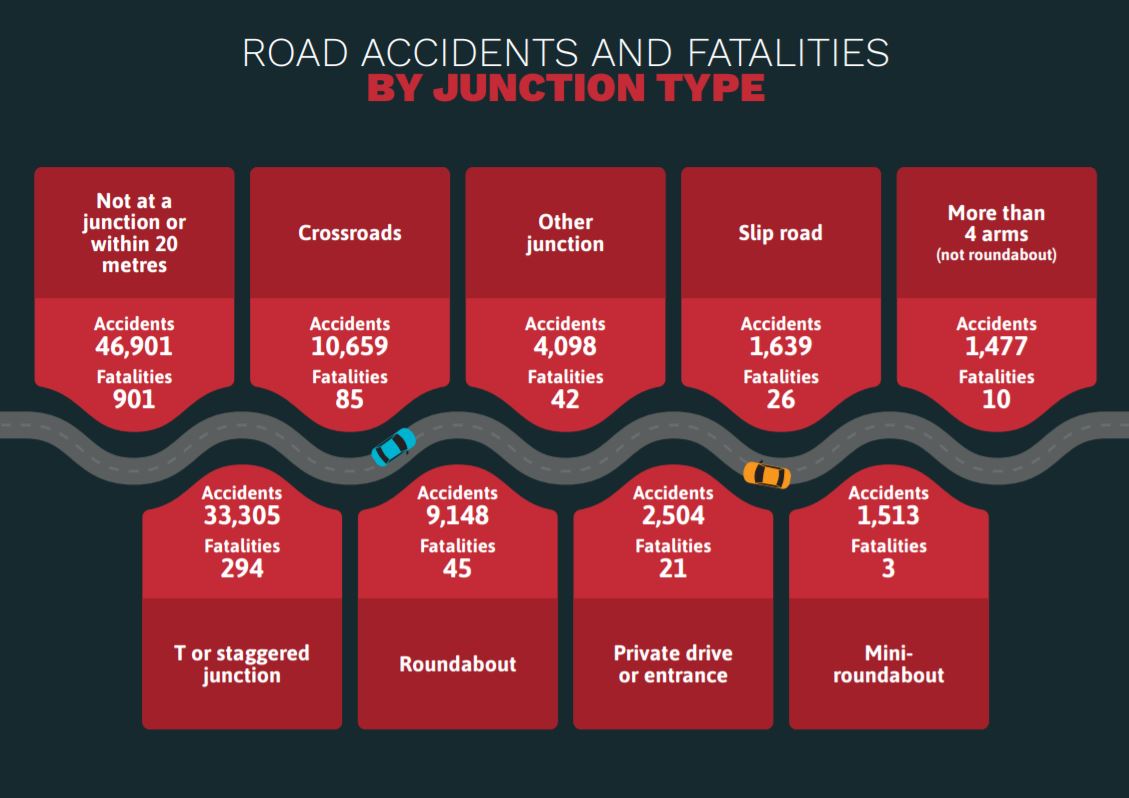 It's always a topic of contention. Who are the better drivers, males or females? Well, what does the data say?

The number of male drivers involved in road accidents is nearly double that of female drivers. Why is this? Well, it could be that a higher number of men have occupations that require them to drive. Or, perhaps females prefer not to be in the driver's seat? After all, figures show that more female passengers are involved in road accidents compared to males. Or maybe, just maybe, men truly are the worst at driving?

The statistics for drink driving doesn't do them any favours. When it comes to road accidents caused by drink driving, 4,490 male drivers were behind the wheel, compared to just 1,200 female drivers.

Do you want to see the full data set? You can take a look by clicking on the link: https://docs.google.com/spreadsheets/d/1z8wUMeJcnC... 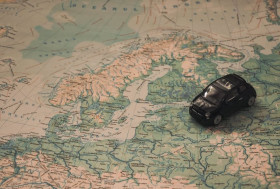 The Most Popular Holiday Destination By Country | Witter Towbars

For the majority of the UK, Spain is the favoured overseas travel destination. But where does the rest of Europe head for a well-deserved break? We've mapped out the most popular holiday destination by country using data from the World Tourism Organisation.