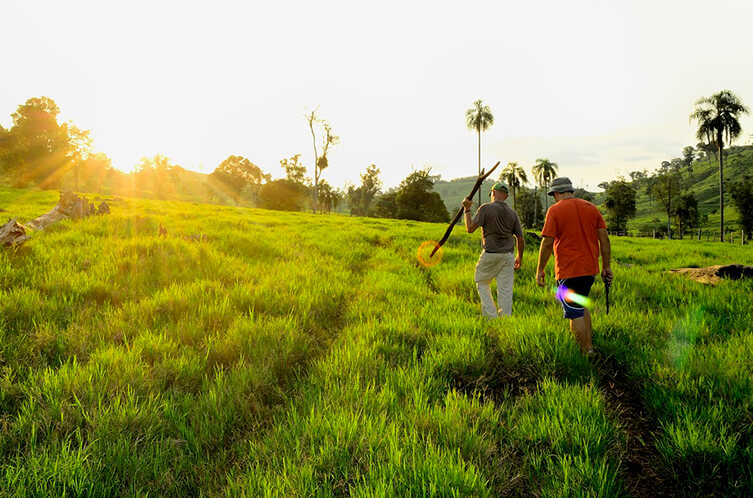 The Most Instagrammed Locations Across the UK

November is considered the official end of the UK tourism season and if you're anything like us at Witter-Towbars, you're already well under way with your planning for next summer's adventures.

As sad as it is to finally pack our caravans away, there is something poignant about lighting a fire, pouring a glass of red and reminiscing our summer exploits.

To get us hyped for what's in store next year we thought it would be a great idea to take a look at where you all went this year. And what better tool to do this with than Instagram? As the number one picture sharing platform in the UK, the app has become a mainstream essential of UK tourism life; and snapping a picture of your latest escapade, in every location you visit, is an absolute must.

Click the charts below in the corner to open them up full screen.

With over 17.4 million visitors a year, it will come as no surprise that London's headline tourist attractions dominate the UK wide analysis. Only Stonehenge and Edinburgh Castle manage to break into the top 10 Instagrammed locations in the UK, while over 50% of the top 50 attractions in the UK are within London's borders. An honourable mention has to go to Chester Zoo which comes in 12th in the analysis, with over 156,439 photos making the insta-reel this year. Impressive.

For Scotland the most popular attractions were those based in nature. From the rolling Highlands to its glistening Lochs, capturing Scotland's raw beauty seemed to be a real favourite for tourists. As you can imagine, areas in and around the two major cities Glasgow and Edinburgh dominated the analysis, but we do see places like Caerlaverock Castle in Dumfries and Urquhart Castle in Inverness being snap happy destinations for visitors.

In the Wales specific analysis, as with Scotland, nature triumphed as the tourist choice for most photographed highlight. The undulating mountains of Snowdonia in North West Wales and good old Barry Island were two particular favourites, while Cardiff's castle, bay and millennium stadium also fared well with picture perfect travellers.

Norn Iron. The home of Nutty Krust and some good hearted craic. With an estimated 4.1 million visitors per year the green and pleasant surprises that Northern Ireland boast are a real treat for visitors. As for the top attractions this year, the Giants Causeway came way out on top while the cultural attractions of Lyric Theatre and the Grand Opera Houses were a sensation with sightseers.

The Great British Pub. An established feature of every city, town or village across the UK and, of course, a caravanners home away from home. For tourists, visiting a great British pub is an iconic attraction and actually features as one of the top ten reasons to visit the UK. In terms of popularity it's both Liverpool and London who have the most popular drinking wells in the country, with popular spots like Heebie Jeebies and The Lexington taking up the top two spots.

From the mountainous ranges of Snowdonia in Wales to the jewel like tarns of the Lake District; the UK is home to some of the most spectacular hiking routes in the world. For first time travellers of the UK, venturing out into the diverse and fertile lands of our National Parks can be something of a culture shock with the major symptom being a bout of snap happiness. In terms of photography popularity: it is Cumbria's fearsome scrambles in the Lake District that were most popular with tourists. Other popular hikes included Skye in Scotland, the Peak District in Yorkshire and a number of Loch's in Scotland.

From white knuckle roller coasters to coming face-to-face with prehistoric giants, the UK's competitive theme park industry has given birth to some wonderful attractions and is a must see activity for many tourists visiting the UK. As for the most popular, predictably, it was the block crazy fun on offer at LEGOLAND that sent visitors snap happy along with the hair raising experiences of Alton Towers, Drayton Manor and Blackpool Pleasure Beach.

As a small island located just north of mainland Europe, there is something quite iconic about the British seaside town. Although many may be run down shells of yester-year, in their hay day many of these seaside towns were the Vegas, San Antonio or Monaco of their day. Today, to many across the UK, they offer a pleasant escape from the bustling pace of inner city life and are starting to see a quiet rebirth as the councils finally diversify the tacky to the quaint. In terms of popularity it is, of course, the sands of Brighton, the lights of Blackpool and the artful Bournemouth that attracted the most lens action.

It's one of Britain's favourite day out activities and is no doubt one of the most memorable experiences of your childhood. Yes, the weekend trip to the good old local zoo, aquarium or bird sanctuary is something of a Great British tradition. In fact the modern zoo is such a popular activity that Chester Zoo impressively comes 12th in the UK wide analysis and beats out iconic competition from the likes of St. Paul's Cathedral, the Houses of Parliament and the Imperial War Museum. The major city zoos of London and Edinburgh also perform well, while themed animal parks like Flamingoland and Birdworld also feature well with amateur photographers.

It may not be your traditional tourist attraction, but with globalisation of the Premier League, football matches are now regularly tipped as a top 10 reason for visiting or travelling to the UK. Unsurprisingly it's the global giants of Manchester United with Old Trafford who assume number one position in this contest, while Liverpool's Anfield and Chelsea's Stamford Bridge take up 2nd and 3rd.

In our final analysis we thought it would be interesting to analyse restaurants. Even though the traditional camp fire or good old communal BBQ is the caravanner's go-to cooking tool, a Sunday lunch in a respectable bistro or restaurant is a travelling tradition we all love. In terms of popularity it was London's The Ledbury which got diners snapping away while Manchester's Albert's Shed, Leeds's Bundobust and Birmingham's Purnell are also popular dining spots across the UK.

To create the dataset for this project we first acquired a list of the top reasons for visiting the UK. We then used this list to build relevant sectors (i.e Hiking, Seaside Resorts and Pubs) for research. Using this information we then explored each sector building a list of the most popular attractions and then used hashtag information available from Instagram to rank their popularity.

​The Ultimate Guide To Caravan Accessories

Caravanning is an extremely popular holiday option, and not just for older generations. Caravan holidays are an increasingly popular choice for people of all age groups, especially for families. A caravanning holiday cuts expensive flights and costly hotels, helping you save money on your fami...