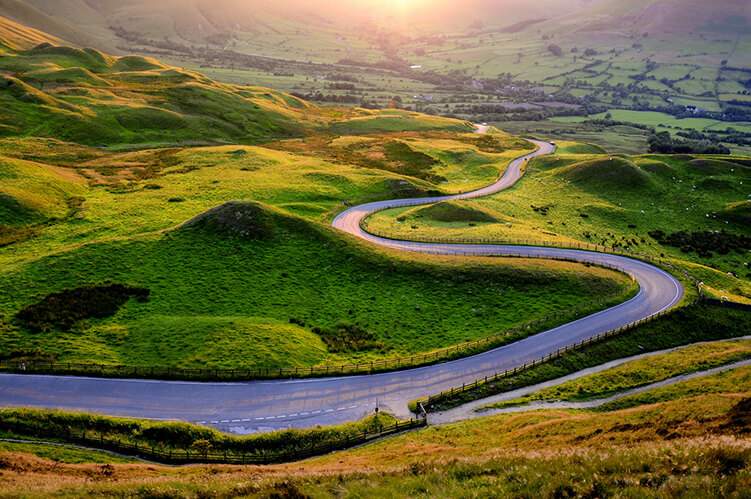 cidents happen. Fact. Sometimes someone is to blame. But in most cases, they happen because you're simply in the wrong place at the wrong time.

There are obvious ways that you can reduce the chances of being involved in a road accident; drive sensibly, stick to the speed limit and be mindful of other road users.

However, open data reveals that there are other factors that can increase the likelihood of an accident.

Have you ever questioned how safe you really are on the road? How many road accidents involve your brand of car? Does driving at 70mph really increase the likelihood of an accident?

We've analysed open data on road statistics from 2011-2015 to identify the most common factors of UK car accidents.

Top 10 Most Dangerous Areas to Drive

By analysing the number of casualties caused by road accidents in each police force area across the UK, we can reveal which areas of the UK are most dangerous to drive in.

With 37,153 casualties across 5 years, the West Midlands emerged as the riskiest area to drive.

The South of the UK accounted for a majority of accidents, with West Yorkshire, Greater Manchester and Lancashire revealed as the most dangerous areas in the North of England. 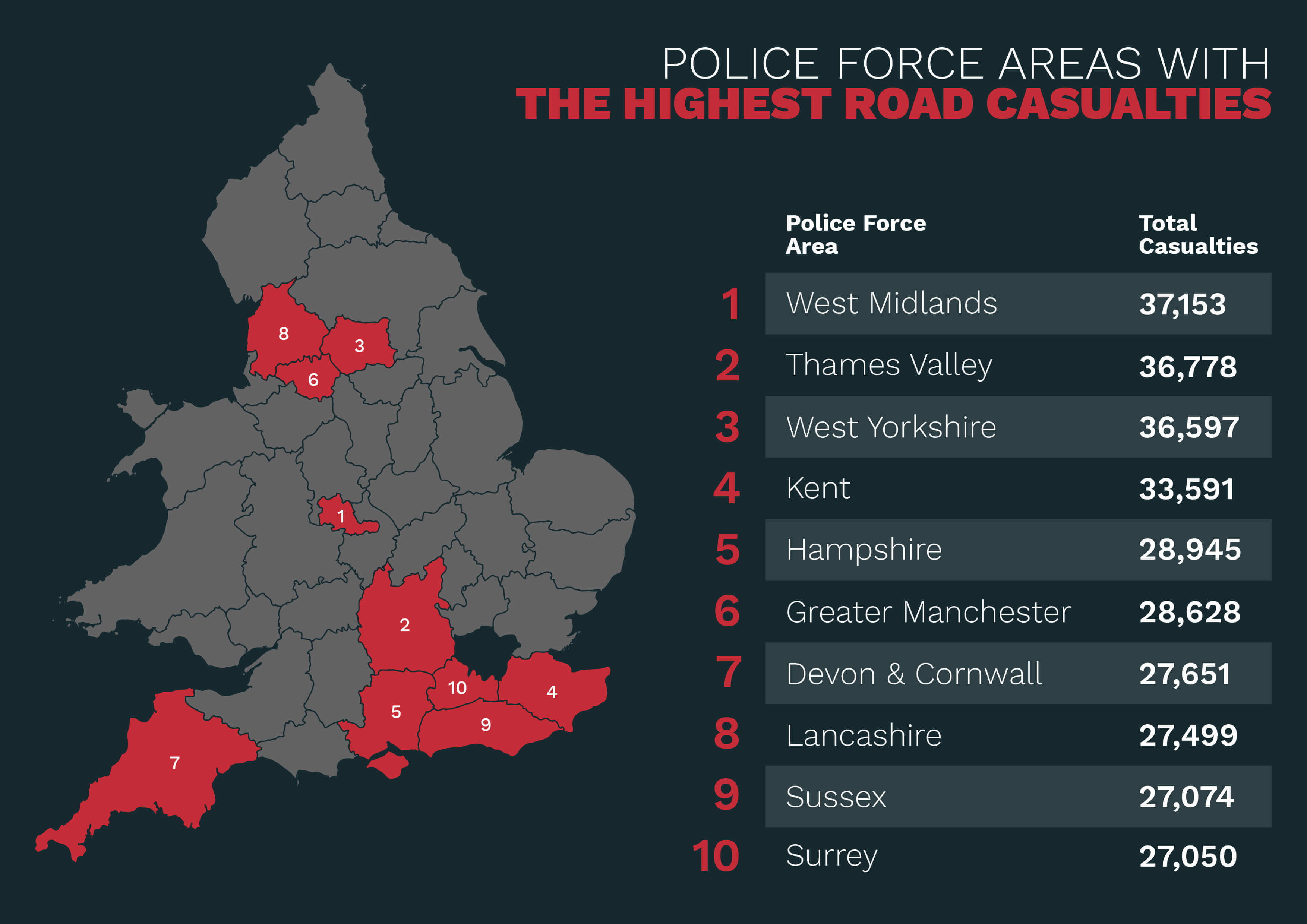 So these are most dangerous places to drive in the UK, but which are the safest?

Scotland is without a doubt the safest place to drive when compared with England, Wales and Northern Ireland, claiming 9 out of 10 spots with the least casualties.

If you drive a Volvo you're more likely to have a car accident. That's according to our analysis of popular car brands anyway, which compares the number of accidents in relation to the number of cars that are on the road.

If you're looking to drive something a little less risky, you might want to opt for a Mercedes, Dacia or Kia. 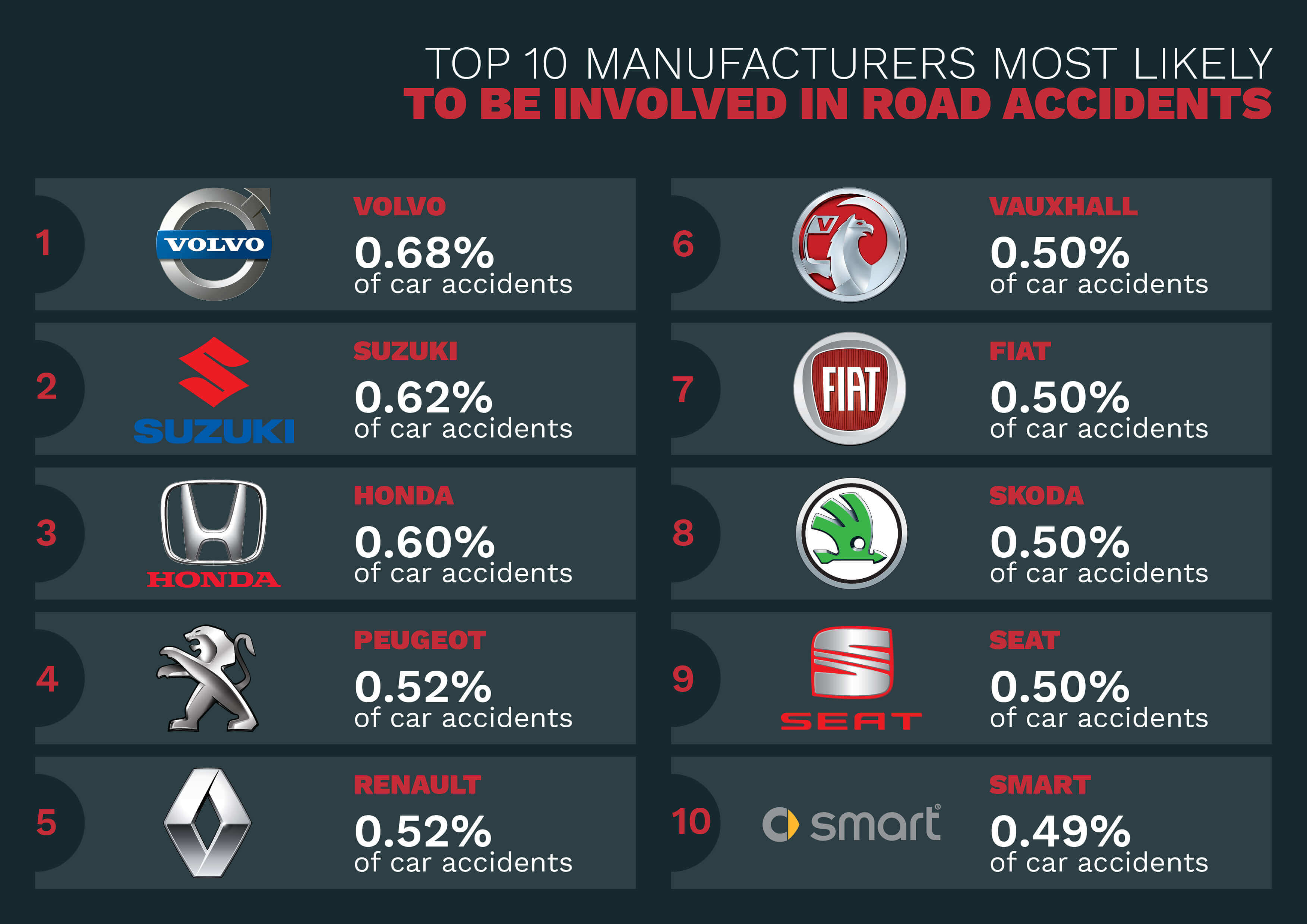 The Most Dangerous Speed Limit

Driving in areas that have higher speed limits doesn't necessarily increase the risk of having an accident. In fact, more accidents occur in 30mph zones. This is probably due to the fact that there are more 30mph zones than any other speed limit. The level of risk in 30mph zones is also increased due to the number of hazards; pedestrians, traffic lights, roundabouts, they all cause lapses in concentration.

Interestingly, despite the 70mph speed limit, Britain's motorways account for just 7% of road accidents across the UK. Single carriageways at 60mph proves to be the more dangerous higher speed, accounting for 26% of accidents. 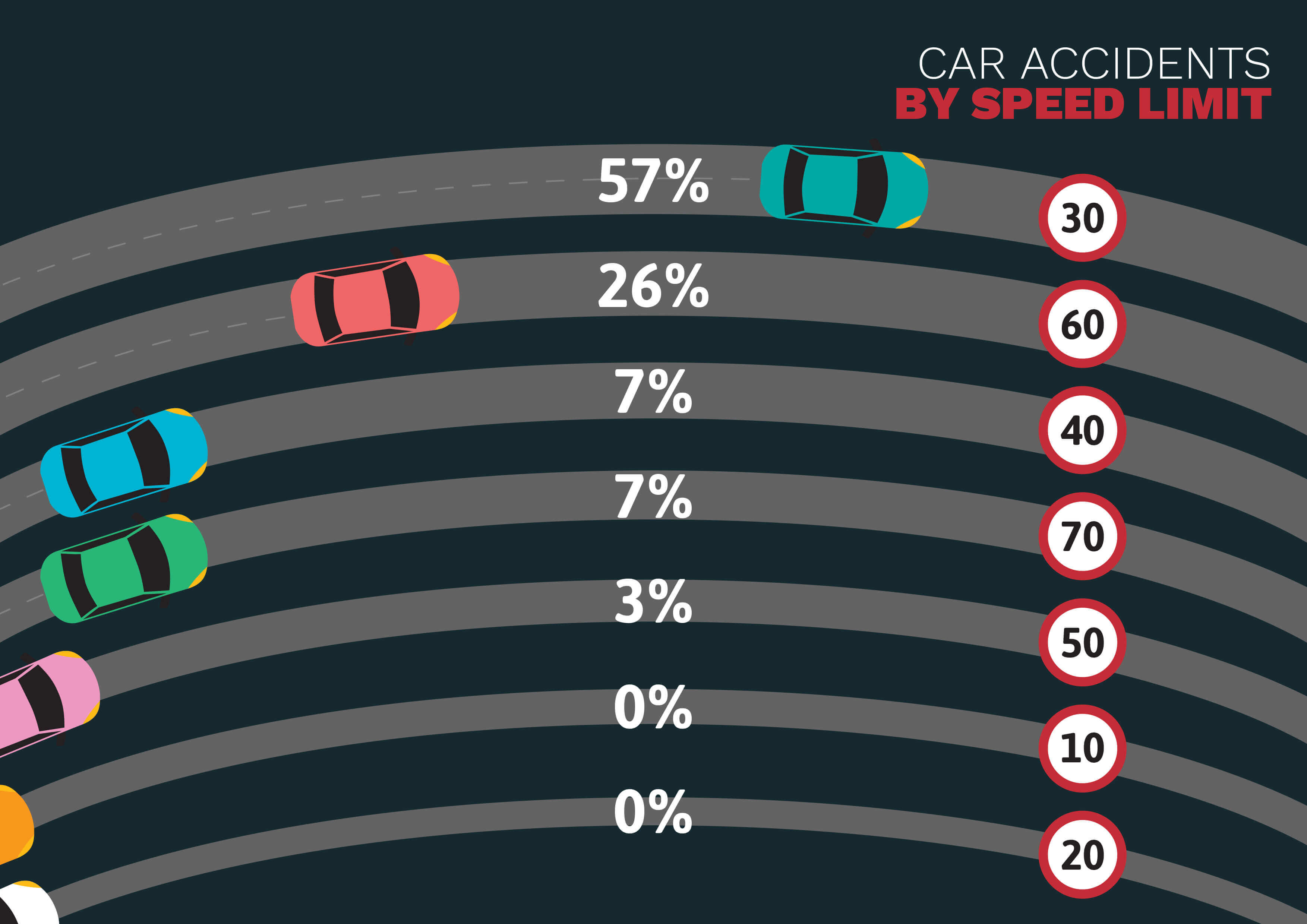 The Most Dangerous Day of the Week


According to data, there are two days of the week when drivers should be more alert; Thursday and Saturday. Together, they account for 32% of accidents. Only 11% of accidents happen on a Monday, making it the safest day of the week to travel on Britain's roads. 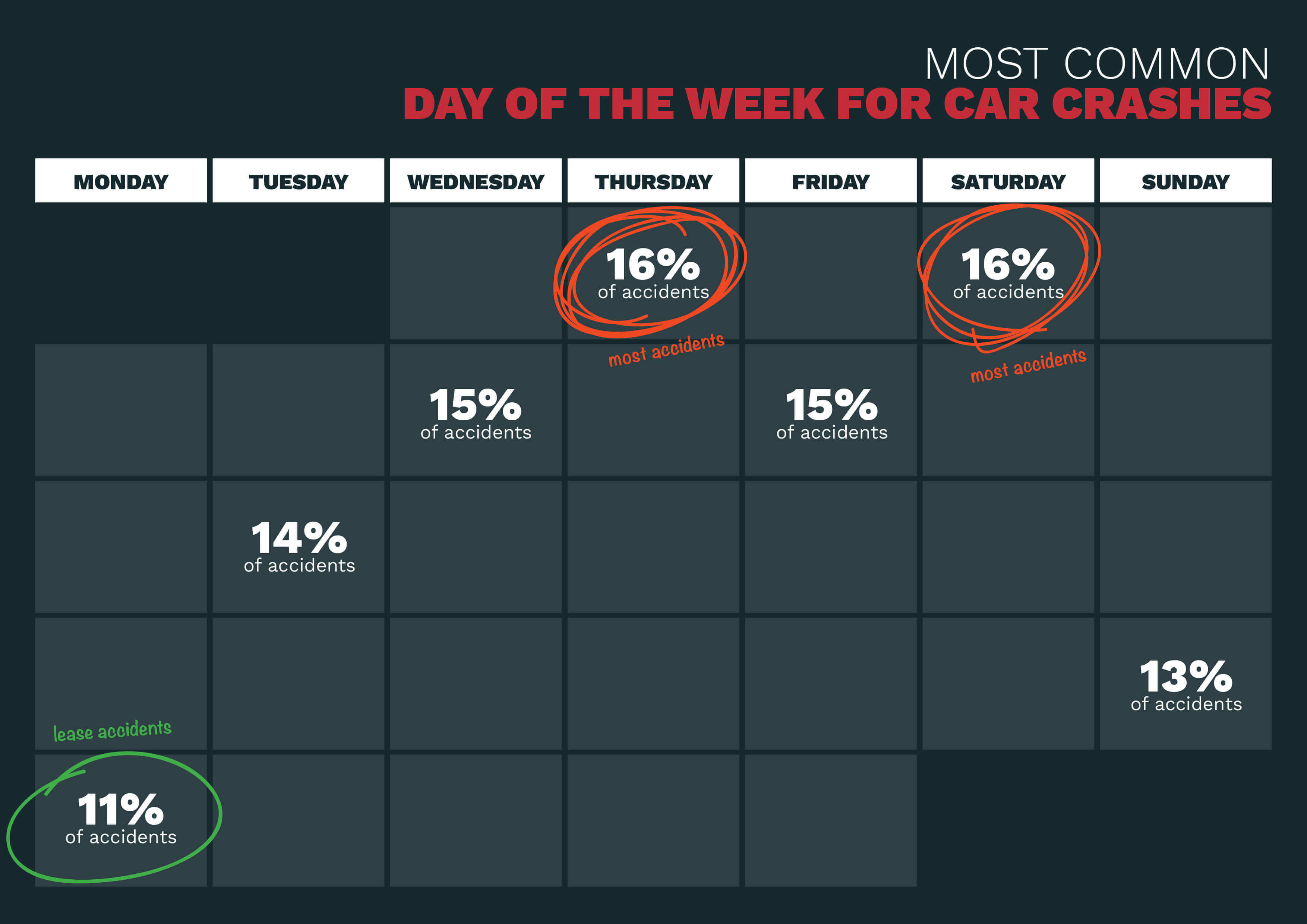 Our data analysis revealed that men are much more likely to become a casualty due to a road accident when compared to women.

• 65% of all road casualties are male

The likelihood of being involved in a road accident decreases with age. Those aged 16-25 accounted for 28.15% of road accident casualties from 2011-2015.

So what did we learn from this analysis?

If you're a male aged 17-25, don't drive a Volvo in the West Midlands on a Thursday or a Saturday; especially in a 30mph zone.

Data was taken and analysed from https://data.gov.uk/dataset/road-accidents-safety-.... Data from 2011-2015 has been collated. Please note that data from 2016 is not yet available.

Returning to Birmingham's NEC from 19 to 24 February 2019, over 370 exhibitors from across the UK and Europe come together to create the UK's biggest showcase of caravans, motorhomes, campervans, caravan holiday homes & lodges. Plus new season tents of all sizes, trailer tents and folding car...