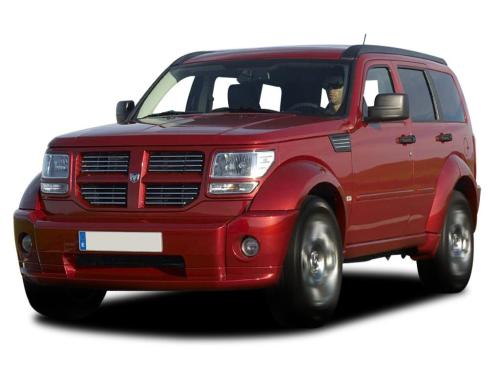 Images are representative only

Find a Towbar for Dodge Nitro

All you need to know about towbars for Dodge Nitro

Dodge first introduced the Nitro into their range in 2007. The Dodge Nitro is available as a or SUV. So you know you are installing the right towbar on your Dodge Nitro, we have looked at towing capacity, electrical kits, bumper cuts and more for each variation of Dodge Nitro below.

The Dodge Nitro SUV(All other variants) was first released in 2007. To determine which variant of Dodge Nitro you have, check your vehicle logbook. This will ensure you purchase the correct towbar.

What does nose weight mean?

Nose weight is the force on the towball when a caravan or trailer is attached. Every towbar for every vehicle will have a specific nose weight for that vehicle which can differ between the age of the vehicle and the variation of the model. It is crucial that you don’t exceed the nose weight set on the towbar as this is dangerous and can decrease stability when towing.

Electrical kits connect the electrics in your SUV(All other variants) to the electrics on your trailer, bike rack or caravan so your lights are still visible.

We would always recommend having a dedicated electrics kit installed, where possible. This syncs with modern computer functions of your SUV(All other variants), like ABS and trailer stability, rather than just basic lighting.

Why is a dedicated kit important? Well, not only does it work with the specific features of your vehicle, but it also protects the warranty of your SUV(All other variants) and works with any enhanced safety features you may have.

Of course, you can choose between a dedicated kit or a universal kit, and we do offer both, but a universal electrical kit can affect your manufacturer warranty and you might also need to install a bypass relay.

We will alert you as to whether your SUV(All other variants) requires a software update when you choose your towbar electrics kit.

Does my vehicle need a software update?

Sometimes your vehicle may need a software update to accommodate your new dedicated electrical kit. This is so all of the latest computer features in your SUV(All other variants) can accurately co-ordinate with your towbar electrics.

Software updates can take place at your local Dodge dealership when your vehicle is in for service. Or, this can sometimes be updated at your local garage when you arrange towbar fitting through WebFit.

SUV(All other variants) models made between 2007 and 2012 will not require a non-visible bumper cut in order to be fitted.

Does my vehicle need a bumper cut?

Be sure to check the EXACT towing capacity of your vehicle before towing on your VIN plate.

What is towing capacity?


To find specific details for your Dodge Nitro, select your vehicle below.